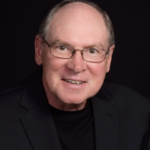 For over 35 years, Dr. Robert Wicks, has been called upon to speak calm into chaos by individuals and groups experiencing great stress, anxiety and confusion.

Dr. Wicks received his doctorate in Psychology (Psy.D.) from Hahnemann Medical College and Hospital, is Professor Emeritus at Loyola University Maryland, and has taught in universities and professional schools of psychology, medicine, nursing, theology, education, counseling, and social work.  In 2003 he was the Commencement Speaker for Wright State School of Medicine in Dayton, Ohio and in 2005 he was both Visiting Scholar and the Commencement Speaker at Stritch School of Medicine in Chicago.  He was also Commencement Speaker at and the recipient of honorary doctorates from  Georgian Court, Caldwell, and Marywood Universities.

Over the past several years he has spoken on his major areas of expertise—resilience, self-care, and the prevention of secondary stress (the pressures encountered in reaching out to others)—on Capitol Hill to Members of Congress and their Chiefs of Staff, at Johns Hopkins School of Medicine, the U.S. Air Force Academy, the Mayo Clinic, the North American Aerospace Defense Command, the Defense Intelligence Agency, as well as at Boston’s Children’s Hospital and Harvard Divinity School, Yale School of Nursing, Princeton Theological Seminary, and to members of the NATO Intelligence Fusion Center in England He has also spoken at the Boston Public Library’s commemoration of the Boston Marathon bombing, addressed 10,000 educators in the Air Canada Arena in Toronto, was the opening keynote speaker to 1,500 physicians for the American Medical Directors Association, spoken at the FBI and New York City Police Academies, led a course on resilience in Beirut for relief workers from Aleppo, Syria and addressed care givers in 20 different countries including: China, Vietnam, India, Thailand, Haiti, Northern Ireland, Hungary, Guatemala, Malta, New Zealand, Australia, France, England, and South Africa.

In 1994, he was responsible for the psychological debriefing of NGOs/relief workers evacuated from Rwanda during their genocide. In 1993, and again in 2001, he worked in Cambodia with professionals from the English-speaking community who were present to help the Khmer people rebuild their nation following years of terror and torture.  In 2006, he also delivered presentations on self-care at the National Naval Medical Center in Bethesda Maryland and Walter Reed Army Hospital to those health care professionals responsible for Iraq and Afghan war veterans. More recently he addressed U.S. Army health care professionals returning from Africa where they were assisting during the Ebola crisis.

Dr. Wicks has published over 50 books for both professionals and the general public.  His spirituality books include: Riding the Dragon; Heart-storming: Creating a Place God Can Call Home; and Prayers for Uncertain Times.  Among his latest books from Oxford University Press are: The Simple Care of a Hopeful Heart; The Tao of Ordinariness; Perspective; and Bounce: Living the Resilient Life.  His books for professionals include: Overcoming Secondary Stress in Medical and Nursing Practice and The Resilient Clinician.  He is also Co-Author of A Primer on Post-traumatic Growth and Editor of the Handbook of Spirituality for Ministers.  In 2006, Dr. Wicks received the first annual Alumni Award for Excellence in Professional Psychology from Widener University and is the recipient of the Humanitarian of the Year Award from the American Counseling Association’s Division on Spirituality, Ethics and Religious Values in Counseling.