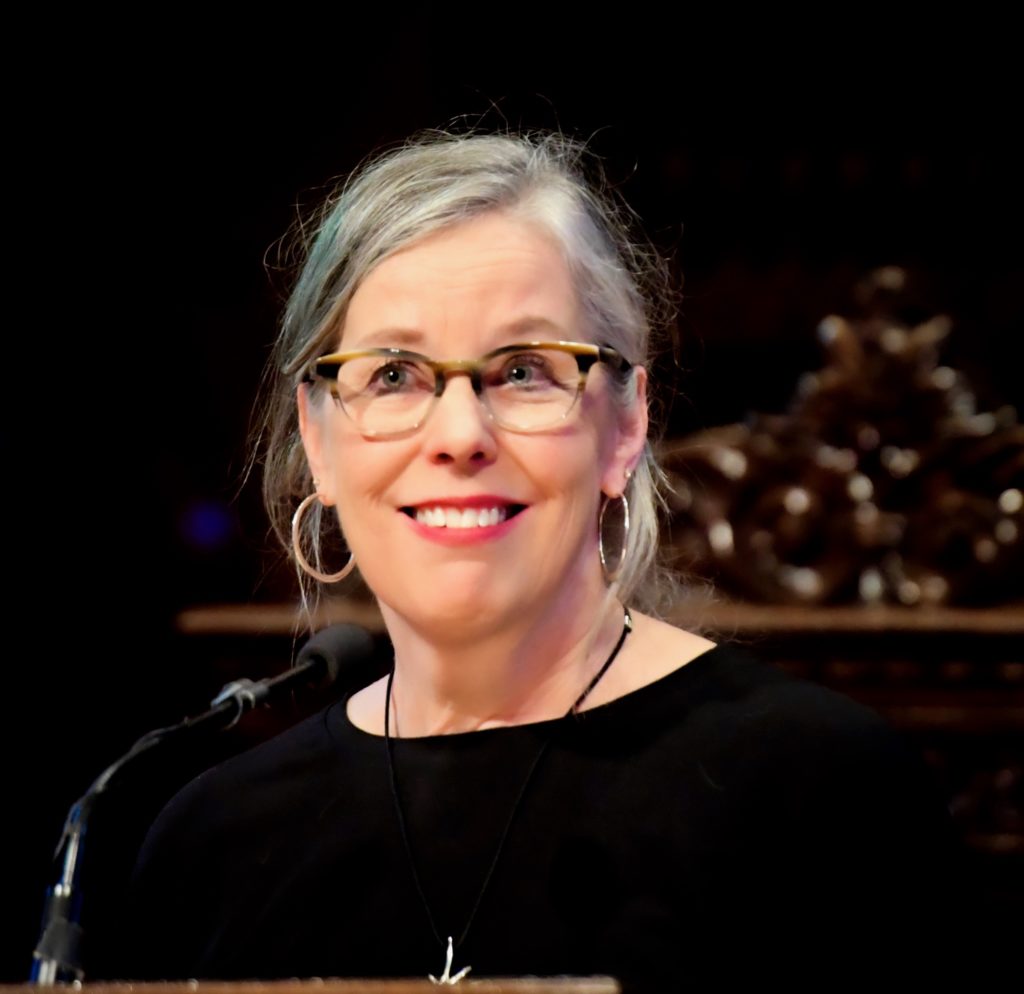 On Thursday, surrounded by eager listeners in the Westminster sanctuary, Rev. Dr. Anna Carter Florence returned to her roots. This was the church where she was first ordained, where she preached in the wake of the Tiananmen Square massacre, where she navigated despair from presiding over yet another lonely funeral of man who died in the AIDS Crisis. She remembers being there, by the pulpit, years ago while pregnant, feeling the first stirrings of her soon-to-be firstborn when he leapt in the womb at the sound of the organ.

Sometimes we recognize the work of God echoing loudly in our lives, and Florence can also speak to the times when it’s felt “Jesus was AWOL and God radio-silent.” How do we find the image of God after the evening news, and the budget meeting, and the 6th microaggression of the day? This is where, like Zaccheus, we have to be open to a little improvising, “yes, and…,” climbing some trees, and putting ourselves out there to get a better glimpse of Jesus. “Inspire me not to give up, but to improvise, not to despair that the way is blocked… but to huff and puff my way up there despite scraped knees and egos.”

Encouraging people to seek God at the risk of seeming a little foolish — Florence noted that this is a strong point to highlight in the story, enough to clean it up and send it to bed. “But this is Festival of Homiletics week, and sermons get to stay up late!”

Zaccheus is characterized as an Empire-aligned (needless to say, corrupt) tax collector of short stature, and from these details Florence explored how we the audience are metaphorically stunted and equally corrupt, holding back ourselves and our communities with racism, sexism, ableism, and a nationalism that would readily entrench obstructions in the push for a wall.

Unbound by walls or language, “Jesus is always on the move, passing through Jericho, the towns where we live, the texts in the lectionary — moving between the lines.” So, Florence recommends we get a better angle and mitigate what obstacles we can. And we shouldn’t be surprised when Jesus calls us out, inspiring repentance and offering an extended dinner invitation to our own home. Sometimes we think we just want a glimpse Jesus, and instead we get Jesus hanging out late in the kitchen, appearing around street corners, and strolling through the gardens of our minds.

We are so much like Zaccheus, whose “perch on the parade route was the springboard for the moral imagination that would change his life,” and Anna Carter Florence is ready to keep climbing.

PrevPreviousVisual Feast: Check out photos from #Homiletics2019
NextWe Have Not Lost Each Other: Closing Worship with Amy ButlerNext