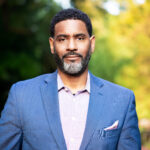 Dr. Moss is part of a new generation of ministers committed to preaching a prophetic message of love and justice, which he believes are inseparable companions that form the foundation of the Gospel of Jesus Christ. He was recently recognized as one of the “12 Most Effective Preachers in the English Speaking World,” by Baylor University’s George W. Truett Theological Seminary. As part of his community engagement through Trinity United Church of Christ, Dr. Moss led the team that came up with the “My Life Matters” curriculum; which includes the viral video “Get Home Safely: 10 Rules of Survival,” created in the aftermath of Michael Brown’s death at the hands of Ferguson, Mo., police.

A native of Cleveland, Ohio, Dr. Moss is an honors graduate of Morehouse College who earned a Master of Divinity from Yale Divinity School, and a Doctor of Ministry degree from Chicago Theological Seminary. He returned to Yale in 2014 to present the famed Lyman Beecher lectures. The three-­day event included an in-­depth discourse on the subject of “The Blue Note Gospel: Preaching the Prophetic Blues in a Post Soul World.” The lectures, which demonstrated a homiletic blueprint for prophetic preaching in the 21st century, were the foundation of his latest book, Blue Note Preaching in a Post-­Soul World: Finding Hope in an Age of Despair, published in 2015.

Dr. Moss was named to the inaugural Root 100, a list that “recognizes emerging and established African-­American leaders who are making extraordinary contributions,” according to the publication’s Website. Honorees range between ages 25 to 45, and their accomplishments and successes transcend media headlines or statistics.

With a unique gift to communicate across generations, Dr. Moss’ creative bible-­ based messages have inspired young and old alike. His intergenerational preaching gift has made Dr. Moss a popular speaker on college campuses, at conferences, and churches across the globe. He is highly influenced by the works of Zora Neale Hurston, August Wilson, Howard Thurman, Jazz, and Hip-­ Hop music. The work and legacy of Dr. Martin Luther King, Jr., and the pastoral ministry of his father, Dr. Otis Moss, Jr. of Cleveland, Ohio, have been primary mentors for his spiritual formation.

The founder of Unashamed Media Group, a justice centered faith-­based agency committed to producing and curating stories to inspire the heart and challenge the mind, Dr. Moss won a 2016 NAACP Image award for his work, which includes providing biblical context and theological support to a myriad of groups and causes, including the #BlackLivesMatter and the #Occupy movements.

His earlier publications include Redemption in a Red Light District, and The Gospel According to the Wiz: And Other Sermons from Cinema. He co-authored The Gospel Re-Mix; How to Reach the Hip-Hop Generation with three other contributors, and Preach! The Power and Purpose Behind Our Praise, with his father.

His sermons, articles, and poetry have appeared in publications such as Sojourners Magazine and The African American Pulpit Journal. Those works include Power in the Pulpit II: America’s Most Effective Preachers, Joy to the World: Sermons from America’s Pulpit, Sound the Trumpet: Messages of Hope for Black Men, and The Audacity of Faith: Christian Leaders Reflect on the Election of Barack Obama. His work has also been featured on Huffington Post, Urban Cusp, and The Root.

Dr. Moss is an ordained minister in the Progressive National Baptist Convention and the United Church of Christ. He is on the boards of Auburn Seminary and Faith-­In-­Place/Action Fund, and chaplain of the Children’s Defense Fund’s Samuel DeWitt Proctor Child Advocacy Conference.

Additionally, Dr. Moss is a Senior Fellow in the Auburn Seniors Fellow Program. He is married to his college sweetheart, the former Monica Brown of Orlando, Fla., a Spelman College and Columbia University graduate. They are the proud parents of two creative and humorous children, Elijah Wynton and Makayla Elon.